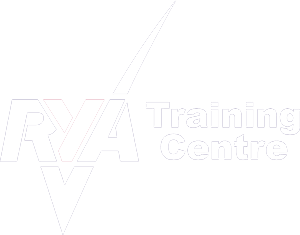 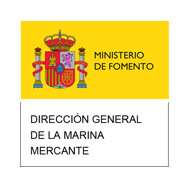 The Boat School is a training centre recognised by the Royal Yachting Association to conduct Powerboat courses at levels 1 & 2 as well as marine radio (SRC) and other shorebased courses.

We are also recognised by the Spanish Directorate-General for Merchant Shipping (Dirección General de la Marina Mercante), the Autonomous Community of the Region of Murcia and the Generalitat Valenciana to conduct sail training, powerboat courses and VHF marine radio courses.

The Boat School is the only maritime training centre on the Costa Blanca with recognition to conduct training under the Spanish recreational boating scheme and to run internationally recognised powerboat courses under the auspices of the RYA.

All our vessels are sports boats ideally suited to boating in the Mediterranean. We constantly update our fleet of training vessels and we use the same fleet for both training and powerboat rentals. This means that you can do a training course with us and rent a powerboat the very next day.

All or boats are commercially coded for training and meet the stringent equipment requirements you’d expect of an RYA Recognised Training Centre.

The Zodiac Open 5.5 has an deep-V hull and a powerful 90HP outboard engine. She is fast and safe with excellent control and stability, making her an ideal training boat for beginners.

Equipped with a roll bar she’s versatile for water-sports, including wake-boarding. This model also has a T-Top over the helm station for sun protection.

The Zodiac Open 5.5 has 5 spacious seats behind the walk-around console, although the buoyancy tubes provide seating for up to 12 passengers. We only admit up to a maximum of 5 students for training courses. We recommend a maximum of 6 passengers in rentals.

The name of this boat is “Fifty 5”. She is a new boat for 2021 and is also available for rental from our base in Denia. You can rent this boat with a Spanish Boat Licence (any nationality) or with an RYA Powerboat Level 2 Certificate (only in the case of UK citizens or residents). 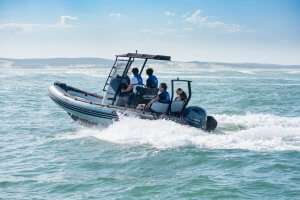 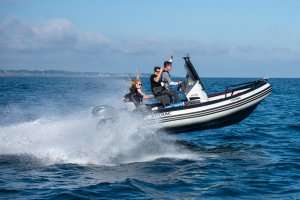 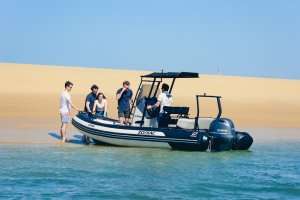 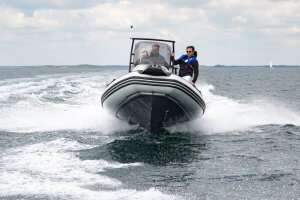 The Beneteau Flyer Spacedeck 8 is fast, spacious and agile. She has a LWL of 8 metres and a total length of nearly 10 metres, making her an excellent training boat for more experienced powerboat drivers.

Equipped with a powerful Suzuki 300HP engine, she has a maximum speed in excess of 30 knots – ideal for a wide range of water-sports.

The Beneteau Flyer Spacedeck 8 is certified to carry 10 passengers, making her ideal for all day-boating programmes.

The name of this boat is “Super 8”. She was a new boat for 202o and is available for rental from our base in Denia. You can rent this boat with an RYA Powerboat Level 2 Certificate (in the case of UK citizens or residents), or with an equivalent licence from an EU member state. Please contact us if you have any doubts about qualifications or if you want to get qualified to drive this kind of boat. 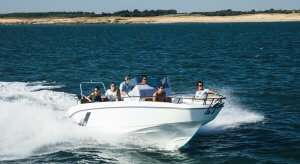 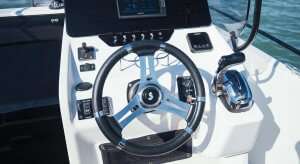 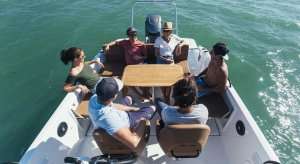 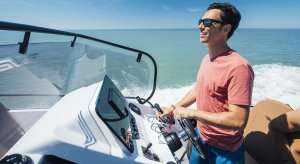 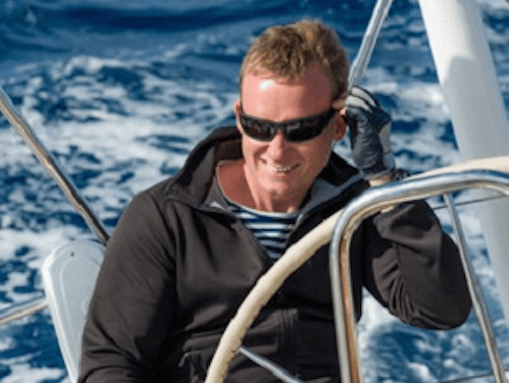 Since our boats are commercially coded in Spain, we use professional skippers with international STCW certification. If you’re taking an RYA course with us, your instructors will also be qualified RYA Powerboat Instructors. RYA course are taught exclusively in English, so you’ll always have either a bilingual or native English-speaker instructor on these courses.

All of our instructors know our sailing ground like their own back garden. This means that, if you’re interested in renting or buying a boat, you’ll get familiar with the coast around Denia.

Located in the town of Denia, Alicante, the Marina de Denia is one of the largest and most prestigious marinas on the Costa Blanca. The Costa Blanca is a paradise for boating, offering warm, crystal-clear waters and dozens of bays and coves to explore.

The Marina de Denia is the maritime link between the Spanish peninsula and the Balearic Islands, situated just 60 NM from the island of Ibiza. Denia Marina is located 112 km from the airport of Valencia, and 103 km from Alicante airport. 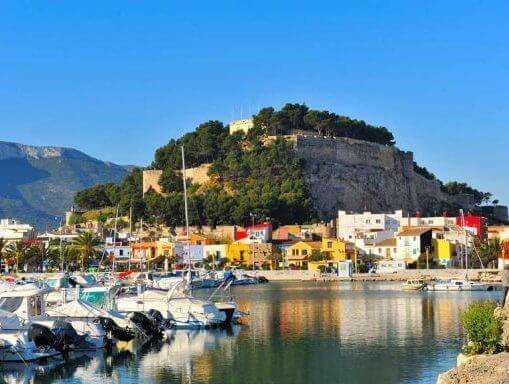 Recognized by the Spanish Directorate General for Merchant Shipping, the Comunidad Valenciana and the Region of Murcia to conduct sail, motor, powerboat and VHF training.